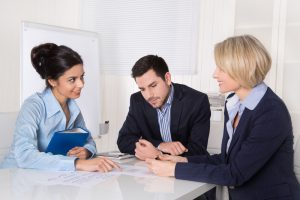 Contracts are a part of our everyday life. The benefit of having a written contract is to make sure each party’s obligations are clearly stated. However, when the contract is drafted by someone else, you may not understand the consequences of some of the terms buried in the “fine print.” Currently, a contentious issue, and one that is often missed when flipping to the last page of a contract, involves mandatory arbitration clauses and the restrictions they impose.

For starters, an arbitration clause requires all disputes to be settled by an arbitrator out of court rather than by either a trial by jury or by judge. Often, people are surprised to find that this clause restricts their claims to arbitration. Most of the time, unsophisticated parties such as consumers have no idea what they are truly giving up.

Many arbitration clauses contain a consent to arbitrate in a remote location, inconvenient to everyone but the company. Such locations insulate companies from legitimate consumer claims, and impose financial impediments on such claims. Thus, it is important to determine if the location of arbitration is financially and practically viable should the need for arbitration arise. If you cannot get to the arbitration, there is likely no other form of recourse available, which can leave your issue with the company unresolved. This is often fine with the company.

Another restriction companies can include in an arbitration clause is a restriction on class action complaints. In a recent case named McKenzie Check Advance of Florida, LLC d/b/a National Cash Advance v. Betts, Reuter, and Kelly, the Fourth District Court of Appeal in Florida held that language in an arbitration clause eliminating the availability of class action complaints is enforceable. Thus, it has now been established in Florida that an individual has no way of pursuing a class action complaint if such restrictions are present in an arbitration clause. Typically, in a class action, each member of the defined class has a similar claim to a small sum of money that would not justify an individual claim for damages. By combining their claims with other similarly-situated consumers, the class members will have the ability to obtain relief on behalf of all members of the class. With the Fourth District’s ruling in McKenzie , that ability to obtain compensation is impaired, if not eliminated entirely. It doesn’t make sense to pay court and attorney’s fees for a nominal recovery, so it is likely that compensable damages will be left unpursued, and small amounts of illegal surcharges or fees will continue to be taken from large numbers of consumers with impunity for the companies. While small amounts of recovery may not seem like a big deal, the larger picture is that these class actions are often the only way to keep large companies accountable. 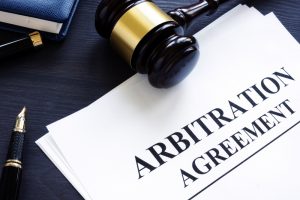 So, the question now becomes, “Is there any way to escape or reject these clauses?” Businesses include these clauses to protect themselves from claims, however, this does not mean that you cannot ask for a clause to be removed or altered. Before you sign a contract, you are free to attempt to negotiate terms in any legal way you desire. Just be prepared to either need to give something to get something, or to be presented with a simple “take it or leave it” counter-proposal. If negotiations fall through, you also always have the option to walk away. If you are truly not comfortable with agreeing to go to Kalamazoo to arbitrate or with losing your right to bring a class action claim, then don’t sign the contract. Once you sign the contract, Florida law will likely bind you to it, no matter how unfair you claim the language to be once a dispute arises. This stems from the legal understanding that every contract is bargained for, and that if the terms were truly unfair, the parties would never have come to an agreement in the first place, absent some sort of fraud or coercion. This is where the experienced attorneys in Jacksonville FL can help you. A knowledgeable attorney at Lindell Farson & Zebouni, P.A. can explain contracts and make sure you understand the terms connected to it before you sign.

As has always been the case in contracts law, the signing party cannot claim ignorance as to what is included in the contract language. Sometimes you will choose to sign contracts containing an arbitration clause. Better that you understand all of the consequences before doing so. For any questions regarding arbitration clauses contact your experienced business attorneys in Jacksonville FL.

How Do You Define Compassion? 3 Common Motorcycle Accident Causes

The Law and Your Business– Force Majeure/COVID-19

The law and Your Business – Incorporation by Reference of Prime Contract