When can you seal and expunge your arrest? 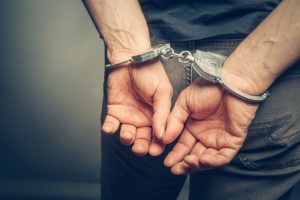 As long as it is your first arrest and you have not been adjudicated guilty of the offense, you may seek to have the arrest be sealed/ expunged. There are some instances where a “notice to appear” will be counted as an arrest. The arrest cannot include felonies nor certain misdemeanor charges such as assault, battery, firearms charges, petit theft, and child neglect.

Although you may have been arrested more than once, if those arrests arose out of a single incident, the court may expunge multiple arrests. See Oymayan v. State, 765 So. 2d 812, 813 (Fla. 1st DCA 2000) (stating “Fla. Stat. § 943.0585 (Supp. 1998) does not provide that a court may expunge records related to one arrest so long as the arrest involved but one incident. It subsequently allows the court to order expunction of records ‘pertaining to more than one arrest if the additional arrests directly relate to the original arrest.’”.

Your plea of guilty or no contest does not determine whether you have been adjudicated guilty. Even if the judge found you guilty of the offense, the judge may still have given you a withhold of adjudication permitting the arrest to be sealed and/ or expunged.

The sealing of the arrest provides that the records of your arrest are not accessible to the public, but may be subject to disclosure in special instances. The expunging of your arrest provides that the actual files are destroyed at the State Attorney’s Office, but the file is not necessarily destroyed at all other government agencies. However, it does provide that they are not accessible publicly, and that you may legally deny the arrest in most cases.

Can I deny my arrest after my case has been sealed and expunged?

However, there are exceptions in which you must admit your sealed and/ or expunged record. The more commonly used exceptions include when you are seeking a particular area of employment such as with a criminal justice agency and other government entities in which you will have contact with children, students, the elderly, or the disabled. Also an employer or agency working with the federal government where a security clearance is required will have access to your sealed / expunged record.

There is no time limit on the sealing and/ or expunging of your case in Florida, therefore, you may deny the arrest indefinitely unless the exceptions under the statute apply. The sealing and expunging Florida statutes, including a full list of exceptions, can be found here:
Florida statute §943.059 for sealing cases: http://www.leg.state.fl.us/Statutes/index.cfm?App_mode=Display_Statute&URL=0900-0999/0943/Sectio…
Florida statute §943.0585 for expunging cases: http://www.leg.state.fl.us/Statutes/index.cfm?App_mode=Display_Statute&URL=0900-0999/0943/Sectio…

It is always a good idea to contact a knowledgeable FL criminal defense attorney and get an educated opinion. If you have questions about when or how can to and expunge your arrest, contact the attorneys at Lindell Farson & Zebouni, P.A.

Don’t Be Victimized Twice in an Car Crash How Do You Define Compassion?